How Do Minimum Wage Hikes Affect the Economy? 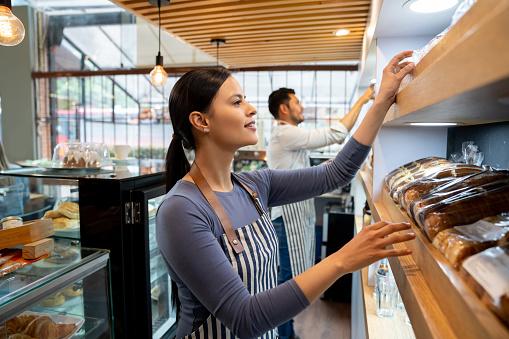 The United States has one of the lowest minimum wages of any modern country in the world. Our modest salary floor impacts our economy on every level, from the rising unemployment rates to a bloated welfare program that chiefly rests on the backs of the struggling middle class.

But all of this is subject to change: The arrival of 2019 has brought a wave of minimum wage hikes at many state and local levels along with a push to bring the national minimum wage up to $15 by the year 2024. In total, 21 states and Washington DC have increased their minimum wages, with the biggest jump of $1.00 per hour more being passed in California, Maine and Massachusetts. There are now a total of 29 states with a minimum wage that surpasses the federal level, which has remained stagnant at $7.25 for more than a decade.

The recent wage increases impact 5.2 million workers across the country. While at first glance this might seem like fantastic news for the economy, financial experts are dubious about how recent hikes and the proposed increase in the federal wage will impact the national economy.

The push to boost the federal minimum wage to $15 an hour is more dramatic than any wage hike this country has ever seen. This factor makes it impossible for economists to draw on studies and actual history for conclusions about the effects of the proposed hike. However, based on market trends and the fundamental laws of economics, they’re predicting several negative fallouts from the hikes.

How do wage increases affect the job market?

Economists are predicting the proposed hike in the federal minimum wage, along with the local and state increases that have already passed, will have two negative effects on the job market.

An increase in local and state government minimum wages will likely push employees to move across borders to avoid paying higher wages, particularly from central cities to suburbs.

For example, Washington D.C. has raised its minimum wage to $14 an hour. This may lead to a mass exodus of Washington businesses as they move toward locations with lower minimum wages in surrounding areas. A move to a suburb like Arlington, Virginia, where business owners can pay their workers almost half the hourly wage they’d need to cover in Washington, will help them remain profitable

Businesses forced to double their workers’ pay or even to modestly increase it will need to find a way to continue turning a profit. They will likely attempt to cut corners any way they can. This may translate into letting workers go., replacing humans with robots where possible, or even cutting down on their level of service to reduce the need for human resources. For example, fast food joints might start using machines instead of human workers and hotel chains may start skimping on their cleanups between guests to compensate for increased payroll.

Regardless of the way that businesses choose to cut corners, it will likely lead to an increase in unemployment rates across the country. It may also trigger a surge of illegal work among workers who suddenly find themselves out of a job.

How do wage increase affect the consumer?

When all the dust settles, it is the average consumers who will likely bear the brunt of the minimum wage hike.

Most companies hiring minimum-wage employees are small businesses with profit margins that are too thin to absorb a serious hike. These businesses will be forced to pass on their higher expenses to consumers. Grocery prices will shoot up, labor costs for services and repair persons of any kind will rise, and fast food meals will see a noticeable price increase.

Predictably, the consumers most likely to be affected by the hike are the poor and middle class, who tend to frequent businesses that hire minimum-wage workers. Ironically, the same workers rejoicing over the proposed hike will likely be those who have to pay for it most.

One positive impact of a minimum wage hike is the hope that an increase in wages will reduce the numbers of workers who are dependent upon government assistance programs, thus reducing the average taxpayer’s burden. Of course, this is pure speculation and is not based upon any studies of similar increases.

Also, when low-wage workers are pushed over the qualifying threshold for government assistance, they may be coming home with less pay after a wage hike.

While no one can say for sure how a minimum wage hike will affect the economy on a national and individual level, economists predict it is far more likely to have a negative effect than a positive impact.